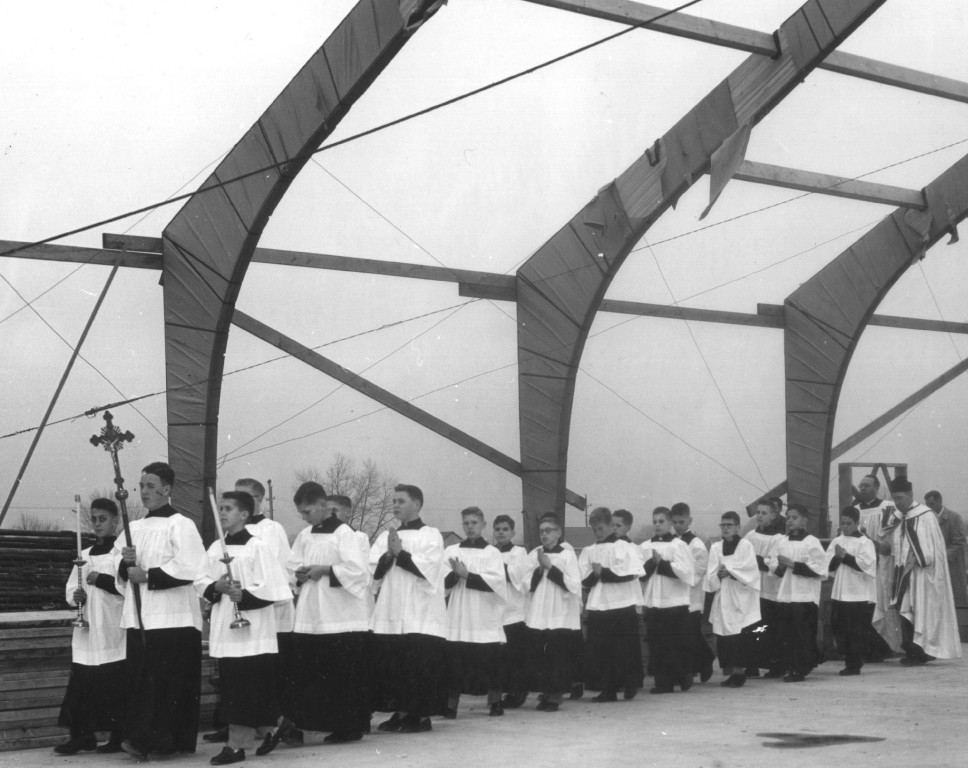 Holy Family Catholic Church-School was dedicated on September 19, 1954. Our parish includes 6.5 acres in Northwest New Albany, Indiana.Our first Pastor was the Reverend Louis Marchino who was delegated to begin organizing the parish on March 15, 1953. The first Mass was celebrated on May 10, 1954. The convent (now known as the Parish Activity Building) was completed in 1955. The Rectory was built in 1957, and the convent garage in 1978. In 1994 a new addition to the school connecting the existing building to the gym was completed.

Msgr. Louis H. Marchino shares the beginnings of Holy Family Catholic Church and School. The significance of this date – May 30 – is revealed in this video!

In the early days, Catholic Parishes had boundaries. Catholics had to attend the Church within the boundaries where they lived. Holy Family’s area was a 6.5 square mile area in the northwest section of New Albany. A portion of Grantline Road was one dividing line. Chartres Street was in the St. Mary’s/Holy Trinity boundaries but Daisy Lane was all Holy Family. Carl Wolford remembers how he had to go door to door asking for donations and reminding people that they were in the Holy Family boundaries. Father Marchino used to go down to Holy Trinity and St. Mary’s to get the part of the collection that was from the Holy Family people. The church was being built but was not finished, so his parishioners were still going to the old established churches. 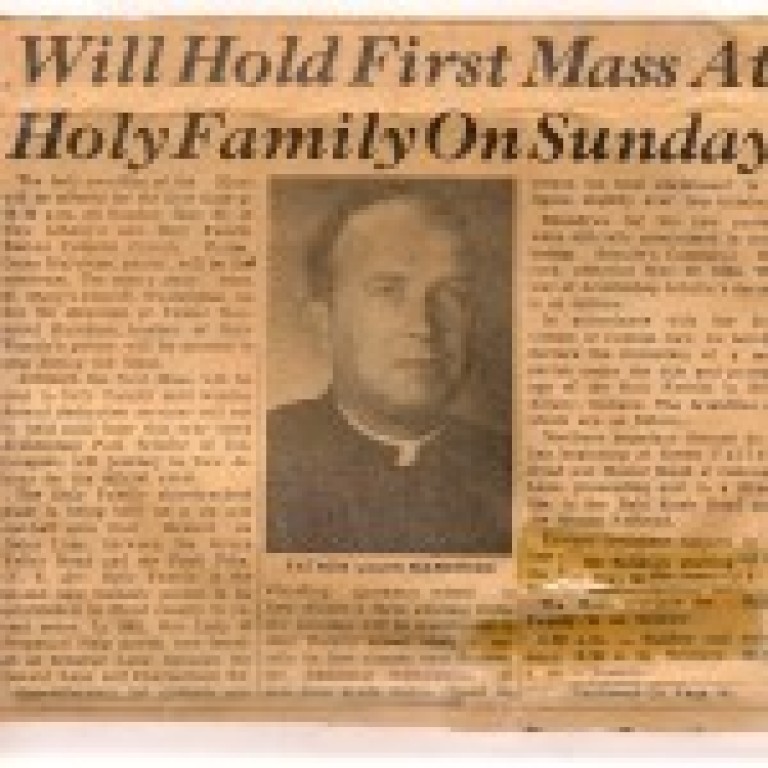 In May of 1954, the first Mass was said at Holy Family. This original newspaper clipping story tells about it, and the original Mass times, which were 8:30, and 10:30 a.m. Sunday.

In a journal at the church, dated March 15, 1953, Fr. Marchino writes, after being notified of Archbishop Schulte’s request for him to build Holy Family: “Surprised – Elated – Bewildered – Happy – Confused – Oh God – will need a lot of help from You.”