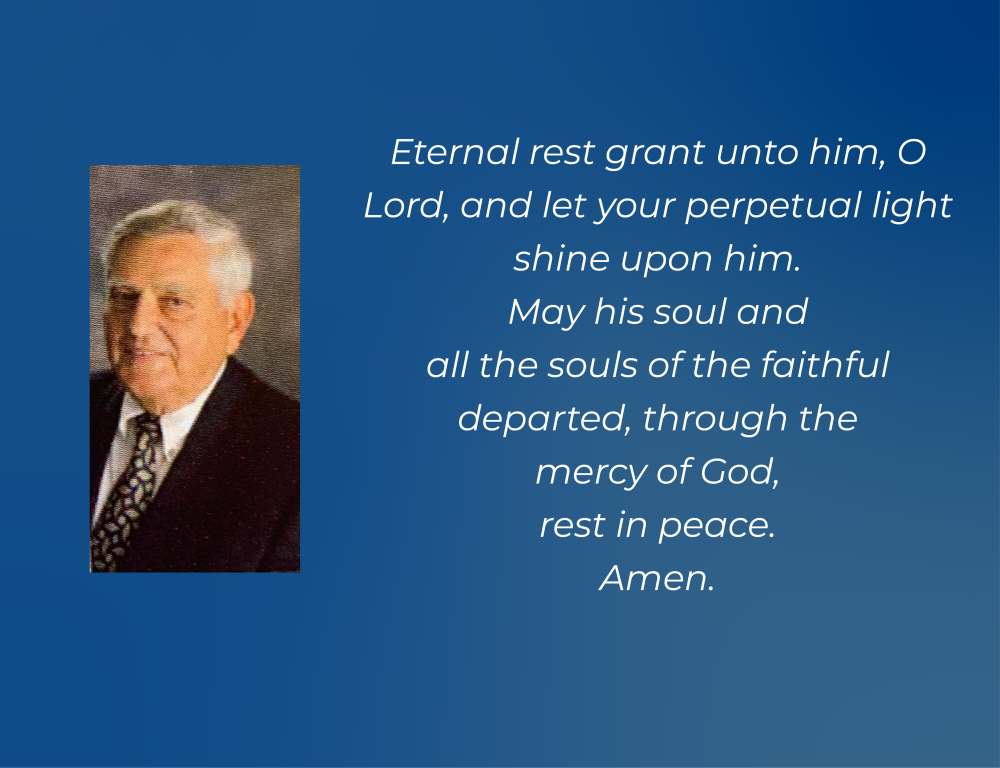 Paul J. Bacher, 87, of New Albany, passed away on Thursday, Dec 9, 2021, at Baptist Health Floyd Hospital surrounded by his family.

He was born Aug 26, 1934, in Louisville, KY to Anton and Ottilia Bacher and then moved to St. Francis, KY. After attending high school seminary in PA, he returned home to his family in Louisville. He was in the United States Army from 1954-1956. After his service, he enrolled in night school at UofL and graduated with a BS in Commerce in 1964. He obtained his CPA in 1966. He began working for Monroe, Shine & Conn and left there to work in banking at Portland Federal, The Cumberland, then retiring from 5/3 Bank as Vice President & Treasurer in 1997.

Along with his parents, he was preceded in death by his brothers, Michael and Anthony Bacher.

He was active as an extraordinary Eucharistic minister, past president of Parish Council, collection counter at Holy Family Catholic Church; and in the New Albany Optimist Club.

Visitation will be from 4:00 pm to 7:00 pm on Wednesday, December 15, 2021 at Newcomer Cremations, Funerals & Receptions (3309 Ballard Lane, New Albany). Rosary will be led at 4:00 pm to begin visitation. His Funeral Mass will be at 11:00 am on Thursday, at Holy Family Catholic Church (129 W Daisy Lane, New Albany) with entombment to follow at Kraft-Graceland Memorial Park in New Albany.

Please pray for Paul's soul and for his family during this time.